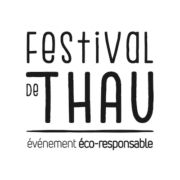 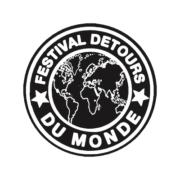 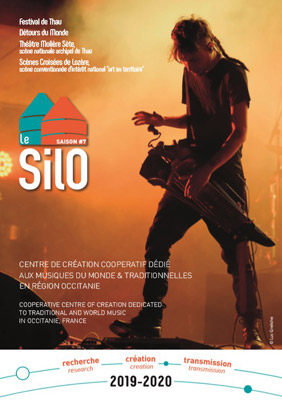 Cooperative centre of creation dedicated to traditional and world music in Occitanie, France

Since 2014, the +SilO+ has established itself as a true creative center for innovation in the approach to cooperation and the creation of world and traditional music in the French region of Occitany.

Since October 2019, Théâtre Molière Sète, scène nationale de l’archipel de Thau, and Scènes Croisées de Lozère, scène conventionnée d’intérêt national « art en territoire » have joined Détours du Monde and Festival de Thau in order to constitute the college of coordination of the factory. They combine their own experiences and resources in the service of a shared artistic project in order to vitalize the creation of world and traditional music in Occitany.

Around this college, the +SilO+ brings together cultural operators from the region (festivals, venues, conservatories… ) in a common dynamic of support for artists. Together, they identify and accompany the paths of contemporary artists working to renew the repertoires and approaching the performing arts in a research → creation → transmission axis.

At each stage of the creation process which goes from writing residency to concerts, the artistic teams weave the link with audiences from the region’s different territories through meetings, public rehearsals, workshops…

Since its birth, the +SilO+ has carried no less than 18 ambitious and demanding creations and will continue to accompany this year on the one hand Laurent Cavalié’s meeting with Carlos Valverde and Guilhem Verger, and on the other hand Walid Ben Selim, associate artist at the +SilO+.

The +SilO+, as a space of exchanges and prospection, wishes to highlight all the cultural diversity of our world. It promotes free movement and visibility for artists and their work, and to do so, initiates exchanges between structures in countries of the Mediterranean basin that meet around common values, with La Passarel·la, a world and traditional music professionals cooperation network from the PyrenéesMéditerranée Euroregion, Beirut and Beyond festival in Lebanon and Carthage Musical Days in Tunisia.

Musicians in the heart of the process

Supporting a new generation of musicians in Occitanie

The +SilO+, Cooperative centre of creation, dedicated to traditional and world music in Occitanie, devotes its action to musical research and creation, giving musicians a space where musical innovation and prospective converge.
The +SilO+ accompanies artists from the french region of Occitanie on their artistic path over the long term, with the aim of developing three main axes – research, creation, transmission – by thinking about the contemporary not only as an object but also as a practice.

In order to place a strong and permanent artistic presence at the heart of the creation center, the +SilO+ supports an artist in the accomplishment of his projects by associating him with the artistic and territorial project. Through this long-term establishment, the artist brings together artistic research, cultural action and militant engagement. While the creative residence offers the artist the opportunity to create his shows, to rehearse, the involvement as an associate artist induces a strong commitment and a real work of cultural and artistic action in the territory.

This companionship revolves around five axes:
• a joint reflection on the artistic project of the factory
• the visibility of the artist’s musical projects
• artistic support for all creative projects
• mediation actions aimed at the audience
• the influence of creations abroad

Born in Casablanca in 1984, Walid Ben Selim is a gifted and sassy student who cultivates paradoxes and rebelliousness since childhood. Settled in Perpignan since 2003, Walid cofound N3rdistan as singer-songwriter and travelled the whole world with this band. Coming from this new generation of artists with curiosity and desire to explore, to transmit music and poetry through time and its universality, he constantly pushes back cultural boundaries in order to give people belief, hope and delight.

These cookies are strictly necessary to provide you with services available through our website and to use some of its features.

Because these cookies are strictly necessary to deliver the website, refuseing them will have impact how our site functions. You always can block or delete cookies by changing your browser settings and force blocking all cookies on this website. But this will always prompt you to accept/refuse cookies when revisiting our site.

We fully respect if you want to refuse cookies but to avoid asking you again and again kindly allow us to store a cookie for that. You are free to opt out any time or opt in for other cookies to get a better experience. If you refuse cookies we will remove all set cookies in our domain.

We provide you with a list of stored cookies on your computer in our domain so you can check what we stored. Due to security reasons we are not able to show or modify cookies from other domains. You can check these in your browser security settings.

These cookies collect information that is used either in aggregate form to help us understand how our website is being used or how effective our marketing campaigns are, or to help us customize our website and application for you in order to enhance your experience.

If you do not want that we track your visit to our site you can disable tracking in your browser here:

We also use different external services like Google Webfonts, Google Maps, and external Video providers. Since these providers may collect personal data like your IP address we allow you to block them here. Please be aware that this might heavily reduce the functionality and appearance of our site. Changes will take effect once you reload the page.

The following cookies are also needed - You can choose if you want to allow them: